“Simonites” who live in this unique and attractive town will affirm that the best times of the year in Simon’s Town are the early and late winter months. These are the months when the rest of the Cape Peninsula is cold, wet and windy!

The secret lies in the fact that Simon’s Town is one of only three or four sea-side towns in South Africa that are north-facing, and Simon’s Bay is also sheltered from the strong north-west winter winds by the Cape Peninsula mountain chain on its northern and western aspects.

The climatic advantages of this sheltered bay, compared to the storm ravaged Table Bay, were appreciated by Simon van der Stel when in 1687 he personally surveyed and named Simon’s Bay. His recommendation to the Dutch East India Company (VOC), that Simon’s Bay become the winter harbour for their ships, was only implemented in 1744 after many sailing ships had been storm-wrecked in Table Bay. The Royal Navy also appreciated the safe shelter of Simon’s Bay and moved the headquarters of the Cape Fleet there in 1814. Simon’s Town has remained the main South African Naval Base ever since.

The historic village faces the sheltered bay with its placid waters which change colour with the tides and temperatures of the sea, or reflect the pale pink and silver shades of sunset. In winter the sun rises in splendid morning colours over the Hottentots-Holland Mountains across False Bay, and bathes Simon’s Town in warm winter sunshine for a far longer day than in most other places in the Cape Peninsula.

Of course it does rain occasionally in winter, but the long, cold and dreary days, associated with the Cape in winter are few. Even the strong, sometimes gale-force, north-west winds do not cause the havoc and damage seen along the Atlantic coast and in Table Bay.

The residents of Simon’s Town therefore seldom find it necessary to light a home fire or indoor heater in winter. In the mornings they sit on their sun-filled balconies overlooking the calm waters of Simon’s Bay, the busy harbour and the yacht basin. When the rain does come, it is usually very welcome!

The town centre is quiet in winter and parking is not a problem! Some residents may appreciate the absence of tourists, but most are happy to share this secret season and to welcome our visitors all year round. 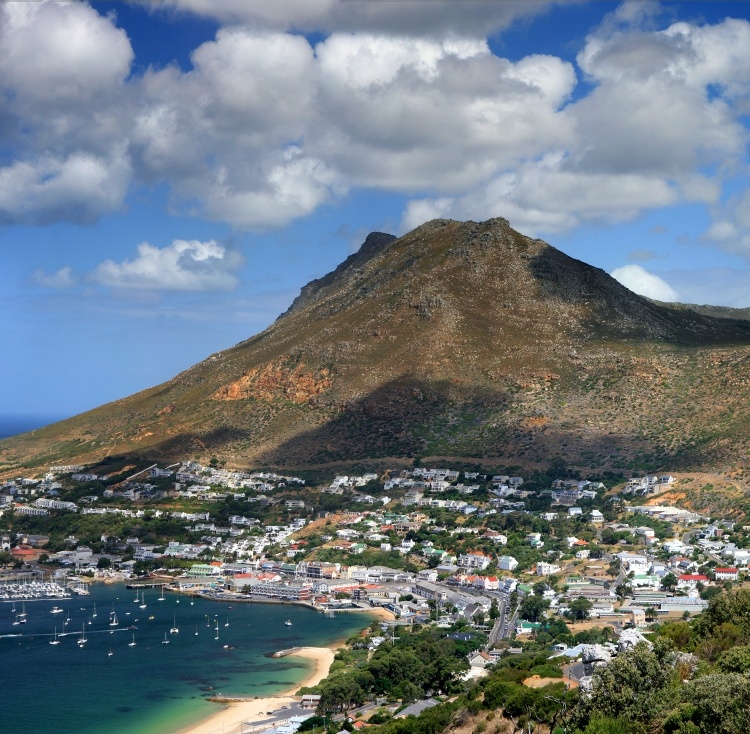